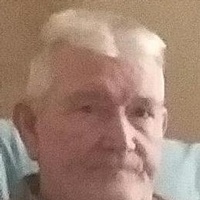 Bill was united in marriage to Linda Kay Holt on April 6, 1973. Linda survives of their home in Mexico, MO.

Bill worked for Holsum Bakery in Rolla and Butternut Bakery in Boonville until his retirement in 2002.

Those remaining to mourn Bill’s passing include his loving wife Linda, one daughter; Crystal Coons and husband Jed; one grandson, Dakota William Coons all of Gravois Mills, MO; one sister, Helen Lange-Knight and husband John of Jefferson City, MO; sister-in-law Charlotte Mosley of Mexico, MO as well as many other extended family members and friends.

Expressions of sympathy may be made to the family of Bill.

To order memorial trees or send flowers to the family in memory of William Clay Wofford, please visit our flower store.