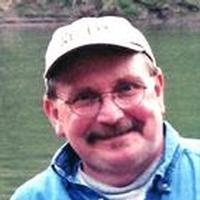 Bill was born February 5, 1949, in Kansas City, MO, a son to the late Marvin and Norma (Trayford) Rhoades.

Bill was a graduate of Van Horn High School in Independence in 1967.

Bill was the owner/operator of Cutter's Auto Sales in Belle. He enjoyed hunting, fishing and was a big fan of both the St Louis Blues and the St Louis Cardinals.

On October 31, 2000, Bill was united in marriage to Susan Werner in Linn. She survives of the home.

Bill was a generous sort as he funded many scholarships for prospective college students in Belle as well as being a supporter of the 4-H clubs in the area. Belle, MO. was Bill's true home.

In addition to his wife Susan, Bill is survived by: one sister, Kim Rhoades-Darnell of Kansas City; one son, Justin Schoenwalder of Tampa, FL; one daughter, Jill Receniello and her husband Anthony of St. Louis; and one grandson, Paul Receniello of St. Louis as well as many other beloved family members and friends.

In lieu of flowers, expressions of sympathy may be made to the High Gate or Hawkeye 4-H clubs c/o Maries County 4-H Council, P.O. Box 116 Vienna, MO 65582 or to the Osage Arts Community. Envelopes will also be available at the funeral home.

To order memorial trees or send flowers to the family in memory of William "Bill" Eugene Rhoades, please visit our flower store.