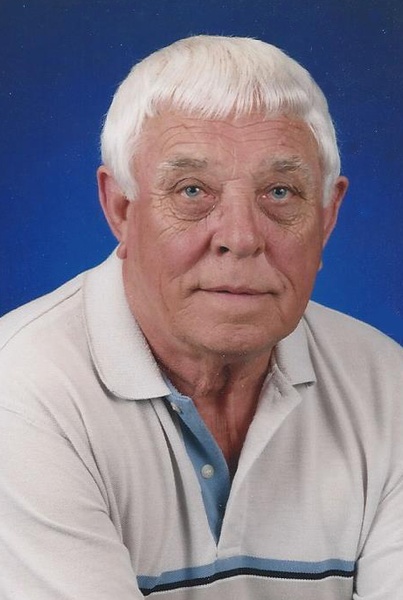 Wendell “Wendy” Eugene Barbarick went to be with Jesus on Friday, January 10, 2020. Wendy was born on September 8, 1935 to the late Gillem and Olive Barbarick (Stockton) in Belle, MO. Wendy rejoiced in  getting to be with his wife, Patricia Barbarick, parents Gillem and Olive (Stockton), brothers Willis, Basil, Kenneth, Buel, Carl, sister Reva Mitchell, and infant sister. Also proceeding in her in death are sister-in-law’s Jean Barbarick and Ruth Barbarick.

Wendy was a lifetime resident of Belle, MO. He attended the School of Dixie until the 8th grade. Wendy went on to work in the local sawmill. He joined the United States Army on August 14, 1958 where he served in the Korean War. After returning from war he held several jobs, however truck driving was his longest and most favorite. Wendy received safety awards for 15 straight years. He was inducted into the Brotherhood of the Ancient Free and Accepted Masons on June 26, 1970.

Wendy was united in marriage to the late Patricia Phelps on April 13, 1963. Both were members of the First Baptist Church in Belle, MO. They had one daughter Cynthia Barbarick. The family grew when Wendy was given his only granddaughter Jessica Barbarick. Wendy enjoyed dancing, spending time with his coffee buddies, fishing, riding four-wheelers, tractors, but most of all his girls. He was a proud supporter of BHS student organizations when his daughter and granddaughter were in school and the Relay for Life. Wendy was full of life, smiles and loved everyone. He was known to many as “Pa.”

Surviving is his daughter Cynthia Barbarick, granddaughter Jessica Barbarick of Belle. Sister-in-law, Mary Hesemann of Bland and brother-in-law and sister-in-law Joseph and Betty Phelps of Holts Summit, MO as well as numerous nieces and nephews of Missouri, Kansas, Pennsylvania and Wisconsin.

Expressions of sympathy may be made to the Campbell Cemetery.

To order memorial trees or send flowers to the family in memory of Wendell "Wendy" E. Barbarick, please visit our flower store.