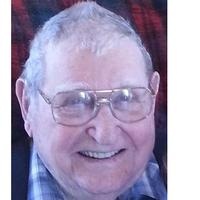 Weldon was born September 8, 1926, in Summerfield, a son to the late Philip Adolph and Beulah Fay (Keeney) Wiegers.

He attended the Buck Elk School and was a lifelong resident of the Belle area. Weldon joined the United States Army during WWII and proudly served his country in the Philippines.

Weldon was a member of the Pilot Knob Baptist Church and the Belle V.F.W. Post #3410.

Weldon worked for Osage County repairing roads before retiring but spent most of his life as a farmer. A job he loved. He loved wood working and enjoyed fishing, reading westerns, and gardening. His greatest joy was time spent with his grandchildren and great-grandchildren.

In addition to his parents, Weldon was preceded in death by: one sister, Grace Haner; one brother, Edward Wiegers; and two grandchildren, Kasie and Katlyn and a special friend, Bertha Suttner.

Visitation will be held from 1:00 p.m. to 3:00 p.m. on Saturday, June 27, 2015, at First Baptist Church in Belle. Funeral Services will follow at 3:00 p.m. with Rev. Dean Catlett officiating. Interment will follow at the Pilot Knob Cemetery near Belle with full Military Honors.

Expressions of sympathy may be made to the Pilot Knob Church Cemetery fund.

To order memorial trees or send flowers to the family in memory of Weldon Windel Wiegers, please visit our flower store.
Send a Sympathy Card