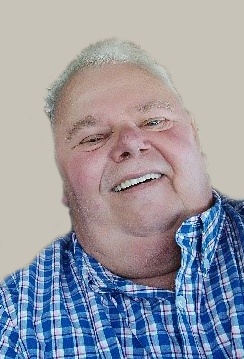 Wayne Alton Thompson, 65, of Belle passed away in the early hours of March 29, 2020, after a long battle with COPD. Wayne was born on October 17, 1954 to Glen and Camelia (Butler) Thompson in Sacremento, California.

Wayne was a lover of the outdoors. He enjoyed hunting, fishing, boating, and golf. He was a well-known supporter of local youth sports and businesses. Wayne was notorious for taking part in a variety of shenanigans and was always quick with a joke.

In 1973 Wayne fell in love with Linda Bock. They were married on December 28th of that year. In addition to Linda, he is survived by their daughter Tiffany Reid, her husband Rusty, and granddaughters Sierra and Harper. He is also survived by: sisters Jenny Carpenter and husband Jim, Toni Buechter and husband Luke, Glenda Weller and husband Lyn Weller; sister-in-law Betty Thompson; and a number of beloved nieces, nephews, and extended family members.

In addition to his parents, Wayne was preceded in death by one brother, Roger Thompson, and one great-niece, Karlee Jo Hallahan.

After spending so much of his time in hospitals, Wayne had a tremendous desire to go home. He spent the last week of his life at home with his family. He was delighted to spend a little time outside, but the greatest joy of his final days was to play cards with his granddaughters, where he taught them one last lesson: It ain't cheating if you don't get caught.

Private family services have been arranged and interment will be in the Francis Cemetery near Belle.

Expressions of sympathy may be made to the Francis Cemetery.

To order memorial trees or send flowers to the family in memory of Wayne Alton Thompson, please visit our flower store.