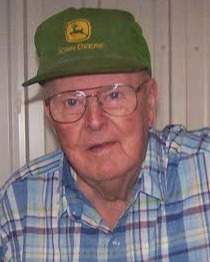 Walter was a member of the Belle Methodist Church and attended the Koenig Methodist Church as a child. He was a 1946 graduate of Belle High School, and following high school, proudly served his country in the United States Air Force.

Walter’s life was farming. As a child he worked the family farm and continued working until his health declined later in life. He raised crops and over his life, raised over 73,000 feeder pigs. Being a hog farmer takes a lot of time and a lot of work but Walter did not mind as it was something he loved. Walter did his own mechanic work on the machinery as well as painting them and maintaining them. He made many friends through the years as he was someone who never met a stranger and would strike up conversations with anyone. Walter was kind and giving and put others needs ahead of his own and his faith in humanity was strong. He will be missed greatly by his family and friends.

Walter is survived by one sister, Mareta Sherman and her husband Bill of Vichy as well as numerous nieces, nephews, extended family members and friends.

He as preceded in death by his parents, a sister Esther Harris and her husband Howard, three nephews, Roger Sherman, Curt Sherman, and Perry Sherman, and one niece Lisa Lewton.

Visitation for Walter will be on Friday, November 11, 2022 at Sassmann’s Chapel in Belle from 10:00 a.m. until 12:00 p.m. Funeral services will follow at 12:00 p.m. with Kevin Runge officiating. Interment will be in the Koenig Church Cemetery with full military honors.

Expressions of sympathy may be made to the Koenig Church Cemetery.

To order memorial trees or send flowers to the family in memory of Walter H. Tiede, please visit our flower store.