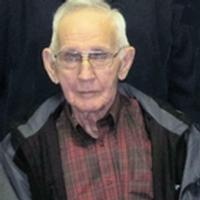 Victor was born December 3, 1922, in rural Gasconade County, a son to the late Henry and Rachel (Houseman) Michel.

He was a lifelong member of the area and attended the Weller School as a child. Victor was a member of the Leduc Methodist Church near Bland.

Victor spent his life as a farmer and loved working in his big garden in Canaan. He had his own sawmill and he loved homemade ice cream. Victor liked to go to the local cafAC.'s to have his meals and to catch up on the local gossip. He liked to visit with people but his best times were spent with his family.

Victor is survived by: one brother, Raymond Michel and his wife Patsy of Bland; one sister, Gladys Koepke of Owensville; one sister-in-law, Evelyn Michel and several nieces, nephews, cousins, extended family members and friends.

Expressions of sympathy may be made to the family of Victor Michel.

Arrangements are under the direction of Sassmann's Chapel, Bland, MO. (646-3377)

To order memorial trees or send flowers to the family in memory of Victor Henry Michel, please visit our flower store.
Send a Sympathy Card