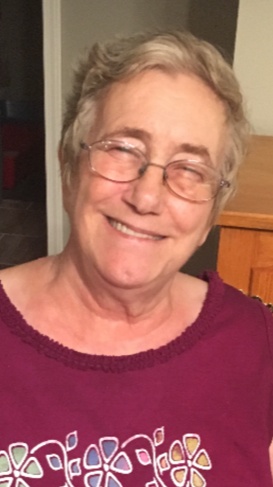 Ronnie was born on October 31, 1952, in Peoria, IL, the daughter to the late Herman and Mary (Nabor) Laird.

Ronnie had been an area resident for over 22 years and a homemaker.

On April 30, 2001 Ronnie was united in marriage to Mark Shaffer in Vienna. Mark survives of their home near Belle.

Ronnie enjoyed reading books, putting together jig saw puzzles, making dream catchers, and crocheting. She liked watching sci-fi shows as well as the History Channel. Ronnie loved documentaries and tried to learn something new every day. She also loved animals and was somewhat of “animal whisperer” as even wild animals would simply come to her. She once had a wolf follow her home and stay with her for a few days. Ronnie loved flowers and children but none more than her own grandchildren and great-grandchildren. She will be missed greatly by her family and friends.

In addition to her Parents, Ronnie is preceded in death by three sons, Gregory Giger, Joshua Hawk, and Randy Hawk; and infant siblings, Sandra, Victoria, and Benny.

Expressions of sympathy may be made to Hospice Compassus.

To order memorial trees or send flowers to the family in memory of Veronica "Ronnie" J. Shaffer, please visit our flower store.