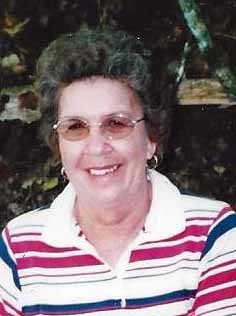 Venita Love (Litton) Elrod was born to Taul and Floy (Hassler) Litton August 8th, 1941 in Berger, Mo. She was the 4th child born to her parents, following her brother Elmer, sister Evelyn, and brother Clifford. She showed what a compassionate person she was at an early age, staying with a widow to help with the children, in her early teen years, as well as helping her mother with her younger siblings, when her father passed away when she was young. She was always a loving sister, daughter, and friend. She fell head over heels in love with Winfred Elrod at age 16 and showed that she had a rebel side, by throwing caution in the wind, leaving school before completing her senior year of high school, to marry Wink on December 27th, 1958. She went with him to Germany on his Army deployment, soon after. While there, she gave birth to their son Marty Allen, June 30th, 1960. She showed what courage and strength she had, giving birth in a foreign country, by herself, as husbands were not allowed in the delivery room at that time. She gave birth to their daughter, Tina Ann, July 16th, 1966, back in Missouri. She was a loving mother, teaching her children from early on that she was always in their corner, and would offer guidance when needed, and knew when to let her children find their own way.

She started as a teller at the Belle State Bank, and her admirable work ethic helped her to move up to eventually become operations manager. She was described as a tough, and fair, leader. She was loved by her coworkers, and customers. She loved to read, making weekly trips to the library. She also enjoyed planting and tending her vegetable garden, as well as her beautiful flower beds. She also enjoyed traveling in her younger years.

Venita had three grandchildren who she adored and made many precious memories with, and taught many lessons too. Yearly trips to Six Flags, Meramec Springs, and countless trips to the creek for picnics and swimming in the summers. When her great grandchildren came along, it was no different, she showered all of them with so much love and compassion.

Her kindness is noted by all that knew her, as well as her beautiful smile, that would light up a room. When you were with her, no matter what was going on, or where you were, you felt like you were home.

She lived her life, directed by her quiet and unshakable faith in God.

She joined her loving husband in heaven, January 1st, 2019, on his birthday. Words can’t describe how much her love, guidance, friendship, and her calming presence will be missed. She will live on through the kindness, compassion, and determination that she instilled in her children, grandchildren, and great-grandchildren.

In addition to her parents and her husband of 57 years she is preceded in death by one brother and his wife, Elmer and Charlotte, one sister Rita Roberts, and two brother-in-law’s, John Murdock and Leonard Elrod.

Funeral services will be at 11:00 a.m. on Saturday, January 5, 2019 at the Union Hill Baptist Church near Vienna with Floyd Leimkiller officiating. Interment will follow in the church cemetery.

Expressions of sympathy may be made to the Union Hill Church Cemetery fund.

To order memorial trees or send flowers to the family in memory of Venita L. Elrod, please visit our flower store.