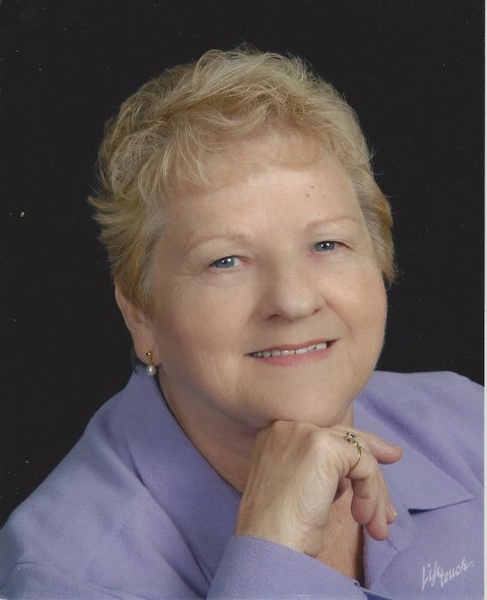 Velma was born February 20, 1940, in rural Gasconade County, a daughter, to the late Murl and Mae (Jenkins) Smith.

Velma attended the Belle school district as a child and proudly received her G.E.D. later in life.

She was a lifelong area resident, a former member of the Eastern Star, and a member of the St. Alexanders Catholic Church in Belle. She was employed at the Brown Shoe factory for many years and worked as a cook for the Belle School system as well.

Velma had two children, Pamela and Ricky, with Howard Becklenberg.

Velma’s hobbies included watching soap operas and cooking shows. She loved to cook, can, and try out new recipes. Her greatest joy in life was spending time with her family and especially her grandchildren and great grandchildren who referred to her as Nana Moo. She will be missed greatly by her family and friends.

In addition to her parents, Velma is preceded in death by two brothers, Moody and Thurman Smith, two sisters, Lorna Stockton and Frances Elrod and an infant brother, Murl Smith, Jr.

Funeral services will be on Saturday, March 16, 2019 at St. Alexander Catholic Church in Belle beginning at 10:00 a.m. with Fr. Wayne Boyer officiating. Interment will follow in the Campbell Cemetery.

Expressions of sympathy may be made to the Campbell Cemetery.

To order memorial trees or send flowers to the family in memory of Velma L. Smith, please visit our flower store.