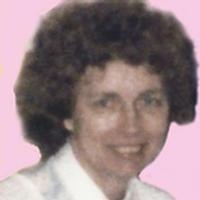 Velma was born October 29, 1942, a daughter to the late Cecil James and Jewel (Cahill) Crider.

She was a longtime member of the Beulah Baptist Church. Velma was very active in her church, teaching Sunday school and helping out whenever she could.

Velma enjoyed raising her chickens, cooking, baking, gardening and canning her own vegetables, crocheting, and was an excellent seamstress. She made several dresses for people throughout the years. Velma's best times were spent with her family and especially her grandchildren. Her smile brightened many people's lives and she will be missed greatly by those that knew her.

Velma is preceded in death by her husband and parents.

Funeral Services will be at 11:00 a.m. on Wednesday, October 5, 2016 at Sassmann's Chapel in Belle. Interment will follow at Countryside Memorial Gardens near Owensville.

Expressions of sympathy may be made to the Beulah Baptist Church Fund.

To order memorial trees or send flowers to the family in memory of Velma Mae Schaefferkoetter, please visit our flower store.