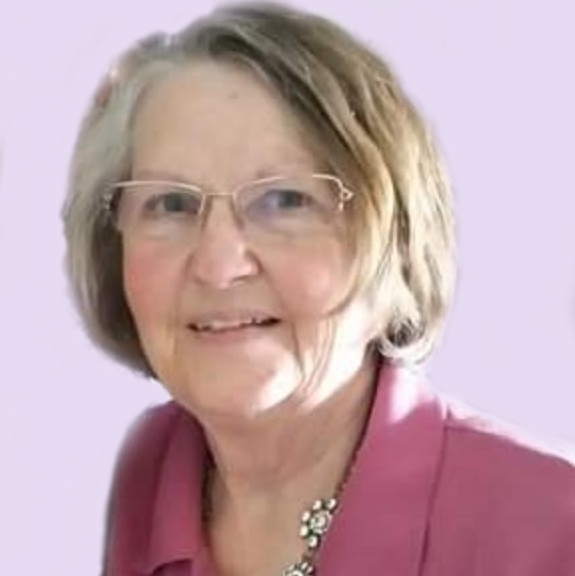 Kathryn was born February 26, 1941, in West Point, Tennessee, a daughter to the late James Thomas and Pearl Rose (Franklin) Luna.

Kathryn attended school in Bragg City through the 8th grade and later received her G.E.D. in St. Louis in 1978. It was a accomplishment she was very proud of being privileged to share her graduation with her sons graduating in 1977 and 1979.

Kathy had been employed at the Grove Company in Brentwood, Mo for 11 years which made the Thermo Jack clothing line retiring to Bland in 1988. She also served as a Teachers Aid at Mark Twain Elementary in the 1960's and early 70's. She had been a long-time member of the Rock Hill Baptist Church in St. Louis.

Bob and Kathy served the Bland Baptist Church for 17 years as a preacher and a preachers wife and Kathy served as a Sunday school teacher as well as in other church activities. She was active in her children’s lives serving as both a Cub Scout Leader and a Girl Scout Leader. Kathryn loved singing, at church or at home, gardening, antiquing, and sewing. She was a talented seamstress and was known to have made clothing for her family as well as others in the community. She loved doing crafts and making floral arrangements for people. She was a selfless lady who always seemed to put others needs before her own. Kathryn never met a person that didn’t seem to love her. Her greatest joy was time spent with her family.

Kathy is survived by: two sons, Robert C. Dodson, Jr. and his wife Mary of St. James and Thomas E. Dodson and his wife Jeanne of Japan, Mo; two daughters, Diana L. McDonough of Concord, Mo. and Patricia D. Dodson of Bland; ten grandchildren; seven great-grandchildren; one brother, Marvin Ray Luna of Tennessee; and a sister, Thelma Christine Tithof of Michigan as well as many extended family members and friends.

In addition to her parents and husband Kathryn was preceded in death by one daughter-in-law, Kathleen (McNabb) Dodson; four brothers, Charles, Vernon, Bill, and Raymond Luna; and one sister, Mable Adams.

In keeping with Kathryn’s wishes, her body was cremated. Bob and Kathryn will be buried together on September 11, 2021 at 11:00 a.m. in the Bland Union Cemetery. Lunch will be provided by the Bland Baptist Church immediately following the graveside.

Expressions of sympathies can be made to Leukemia and Lymphoma Society.

To order memorial trees or send flowers to the family in memory of Velma Dodson, please visit our flower store.