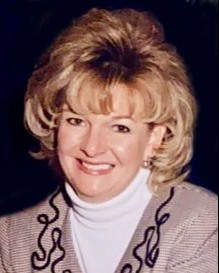 Trisha was born on March 6, 1963 in Rolla, Missouri, a daughter to the late Everett Harold and Patricia J. (Abel) Wallace.

Trisha was a 1981 graduate of Pendleton High School in Pendleton, Oregon and a 1983 graduate of Broward College in Ft. Lauderdale, Florida with an Associate’s degree in Marketing.

On February 6, 1982, Trisha was united in marriage to Curtis Sampson at The Parlour in Pendleton, Oregon. From this union one child was born. Widowed in 1984, Trisha relocated from Ft. Lauderdale, Florida to her hometown of Belle, Missouri to raise her daughter with the support of her parents and family. A few years later, Trisha met Ronnie Lansford and spent the next 17 years’ united in a loving partnership. From this partnership two children were born.

Trisha spent 15 years’ working as a travel agent at the Missouri National Guard in Jefferson City and The Travel Station in Owensville. She later received her Real Estate license in Missouri.

Trisha had a very kind, calm, loving and carefree spirit. She enjoyed traveling, spending time by her pool with family and friends, going on float trips and antiquing and “junking” for pretty bobbles and treasures. Trisha especially looked forward to annual trips to Oregon to spend quality time with her granddaughters. She will be missed greatly by her children, grandchildren, and all that knew and loved her.

In addition to her parents, Trisha is preceded in death by her husband, Curtis Sampson, three brothers, Brian Wallace, Mike Wallace and Kelly Wallace, and one beloved sister, Toni Ridenhour.

Expressions of sympathy may be made to the family for purchase of a monument for Trisha.

To order memorial trees or send flowers to the family in memory of Trisha E. Sampson, please visit our flower store.