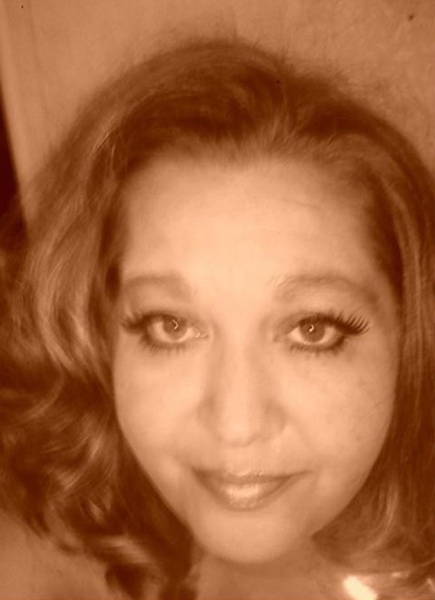 As evidenced by her early arrival on September 30, 1969, in St.Charles, MO to John “Jack” and Joyce Jean (Carroll) Stockton, Tracey Doreen Stockton Rosemann wasn’t going to wait for anything or anyone.

Tracey graduated from Belle High School in 1988 but was proud to call herself a Bland Bear for many of her school years.  She graduated in 1990 from Rolla Vo-Tech.  As a young girl she was always hanging out with the boys and eventually became that quintessential “Mother Hen”.  However, as she grew into her teenage years and into a young lady, she developed friendships with some of her classmates and co-workers that would last a lifetime.

She found the love of her life in David Rosemann and they started their wedded adventure on December 4, 1993.  Their daughter Morgan joined them in August 2000.

She loved to paint ceramics, grow house plants, ride the back roads, and travel.  But most of all she loved camping, playing cards with friends, and the water. From a very young age she had a deep affinity for dogs and cats, especially her own.  She was well known and could make friends with absolutely anyone. She could also stand her ground and let you know exactly who was in charge, which was very helpful in her time as a foster system parent.

Tracey had attended various churches but most importantly had accepted Christ as her Savior, She served on the Grove Dale Cemetery Board, was a great cook and superb listener.

One of the best things Tracey was known for was her lead foot, even with three toes missing.  She loved going fast in life and on the road. Those that knew her can testify that life was a hoot with her around and it’s never too late to have some fun.

Tracey was only 49 years old when she passed away.  It was officially announced on August 27, 2019 but because she doesn’t wait on anyone or anything, she had actually left a little earlier.

We were blessed to learn many things from her during her short time on earth.  She will be remembered for certain things;

*You better be early!

*If you are part of a story that includes the words, Santa Claus, Cat House, The Red Barn, and Purple Passion, that might be a story not to be shared with everyone, finally

*It is possible to get stopped 4 times in one week and twice in one day, and not receive a ticket.

In addition to her husband of 25 years, Tracey is survived by: one daughter, Morgan Rosemann of St. James; one sister, Trisha Drewel and her husband Mike of Belle; as well as many extended family members and friends.She is preceded in death by her parents, grandparents, many aunts and uncles, and a few close cousins.

Visitation will be held on Saturday, August 31, 2019 at Leduc Little Country Church from 1:00 p.m. until 4:00 p.m. Funeral services will follow at 4:00 p.m. with Brent Smith, Mike Stockton, and Grant Stockton as the officiating team.

Expressions of sympathy may be made to the family of Tracey Rosemann.

To order memorial trees or send flowers to the family in memory of Tracey Roseman, please visit our flower store.