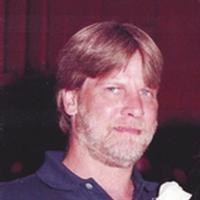 Timothy Brian Rose, age 49, of Belle, passed away Sunday, April 5, 2015 at his residence surrounded by his loving family.

Tim was born December 6, 1965, in St. Louis, a son to the late William D. and Glenda Vivian (Keck) Rose. Tim was the youngest of 14 children from this union.

He attended the Belle School system and later, proudly received his G.E.D.

In 1996 Tim was united in marriage to Carol Litton at the Assembly of God Church in Belle. Carol survives of their home in Belle.

He was employed at AMF Playmaster in Bland and at Newly Wed Foods in Gerald until he became disabled. He had previously worked building log homes.

Tim liked to hunt, watch St. Louis Cardinal Baseball and Robin Mead Headline news. He loved watching John Force drag racing, Coca-Cola, and Ford vehicles. Particularly classic models. He enjoyed watching sports and especially when his son, Brian, played High School basketball. He was a very kind man who never seemed to get angry and was always the calm one in the room. He will be missed greatly by those who knew and loved him.

In addition to his parents, Tim was preceded in death by: one brother, Phillip Cottrell; two sisters, Connie Hack and Melanie Dawn Rose and a infant son, Elijah Rose.

Visitation will be held from 9:30 a.m. to 11:30 a.m. on Thursday, April 9, 2015, at the Assembly of God Church in Belle. The Funeral Service will follow at 11:30 a.m. with Bro. Bill Perkins officiating. Interment will be held at the Pilot Knob Baptist Church Cemetery.

To order memorial trees or send flowers to the family in memory of Timothy Rose, please visit our flower store.
Send a Sympathy Card