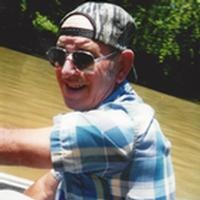 Thomas "Tom" Parker Jett, age 75 of Belle, passed away Wednesday, September 30, 2015 at the University of Missouri Hospital in Columbia.

Tom was born September 28, 1940 in Summerfield, a son of the late Bryce Earl and Volley (Keeney) Jett.

He was a 1957 graduate of Belle High School and a lifelong member of the Pilot Knob Baptist Church of Summerfield.

Tom was employed at ABB Transformer Company in Jefferson City for over thirty years until he retired in 2002.

Tom loved spending time "puttering" at his favorite pit stops between Summerfield and Owensville visiting with friends. His daily schedule was so precise that everyone knew they could set their watches to the time he was driving by. He also enjoyed fishing at Mark Twain Lake and Fish Hollow and making daily trips to the farm.

In addition to his parents, he was preceded in death by: his wife, Phyllis; one son, Mike Jett; one daughter Mary "Pee Wee" Wilbanks; one brother, Terry Jett; and one sister, Shirley Jett.

Prior to Funeral Services on Sunday, there will be a luncheon beginning at 12:30 p.m. at Pilot Knob Church.

Funeral Services will be held at 2:00 p.m. on Sunday, October 4, 2015 at Pilot Knob Baptist Church in Summerfield with Pastor Perry Wolfe officiating. Interment will follow at Bland Union Cemetery in Bland.

Expressions of sympathy may be made to Shriners Hospitals for Children.

To order memorial trees or send flowers to the family in memory of Thomas "Tom" Jett, please visit our flower store.