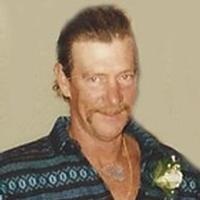 Dave was born on April 16, 1951, in Rolla, a son to Thomas Eugene and the late Ruth B. (Overton) Goodman. Thomas survives of his home in Belle.

On October 15, 1995, Dave was united in marriage to Jackie Jones in Belle. Jackie survives of their home in Bland.

Dave was a carpenter most of his life and loved his profession. Working with wood was in his blood as he also worked as a logger for a time.

He was a member of the First Christian Church in Belle.

Dave's hobbies included hunting, fishing, trapping, and loved spending time at the river. He liked to watch football and was a Green Bay Packers fan. He enjoyed anything to do with history and loved his dogs, Sassy and Bernice. He will be missed by his family and those that knew him.

In addition to his mother, Dave was preceded in death by: two brother-in-laws, Kevin Roher and Denny Jones and one daughter, Jerri Rehmert.

Expressions of sympathy may be made to the family of Dave Goodman.

To order memorial trees or send flowers to the family in memory of Thomas David Goodman, please visit our flower store.