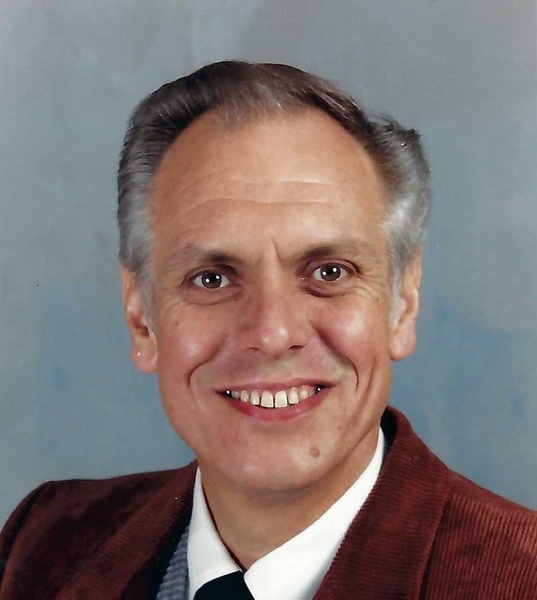 
Ted was born in Santa Ana, California, on March 13th, 1943. He was an only child born to Thanuel Otis Spessard, and Esther Elaine (Mills) Spessard. In Orange County, California he was baptized at age eight as a life long member into The Reorganized Church of Jesus Christ of Latter Day Saints. The principles of The Church, with God by his side, sustained him each day of his life.

Ted graduated from Santa Ana, high school in 1961.
He attended Graceland College Lamoni, Iowa, and graduated in January 1967, with a B.S. degree.
He achieved his Masters Degree from Northwest Missouri State University in 1971, his Specialist Studies in 1981, and subsequently his Educational Doctorate from Orange Coast College, Costa Mesa, California in 1984.

Ted’s career was spent serving the state of Missouri in Education, beginning in Martinsville, Missouri the smallest school in the state. He taught Biology and coached boy’s and girl’s basketball. It was here Ted began to learn under Superintendent Oral B. Smith about basic school administration from school budgets to boilers to custodians and cooks.

Ted’s next stop, Hopkins, Missouri, he was High School Principal and coached the football team. After four years, he accepted a job at Richmond, Missouri, as an Assistant Principal managing all of the high school discipline. One year later he went to Odessa, Missouri, as High School Principal for six years. While there he dealt with a Halloween arson event encompassing a large wing of the high school. Ted was left with a very difficult job of placing students in classrooms all over town for the remainder of the school year.
After his years in Odessa Ted was presented with the opportunity to pursue his Doctorate Degree in Maryville, Missouri, working as an intern with the Superintendent of Maryville Schools.

Ted’s first superintendency was at Community R-VI, a consolidated school district of four small towns. He remained with this school district for the next fourteen years. His second and final superintendency was Maries County R-2 Schools in Belle, Missouri, for another fourteen years.
He then retired from Maries County Schools in June, 2009, completing
forty-one years in education in the state of Missouri.

Ted was preceded in death by his parents, Thanuel and Elaine Spessard. Also preceding him in death are his parents-in-law, Clarence and Jeanne Snively and a brother-in-law, Michael Ladd.

Ted’s life was very fulfilled with many blessings from God through his entire career of forty-one years. His family loved and supported him, as well as patrons of the schools he served. He would thank all of the faculty and staff who contributed to his success. He was a good, honest, and fair man in his commitment to school and family. We will miss him greatly.

Services will take place at a later date.

To order memorial trees or send flowers to the family in memory of Theodore O. Spessard, please visit our flower store.