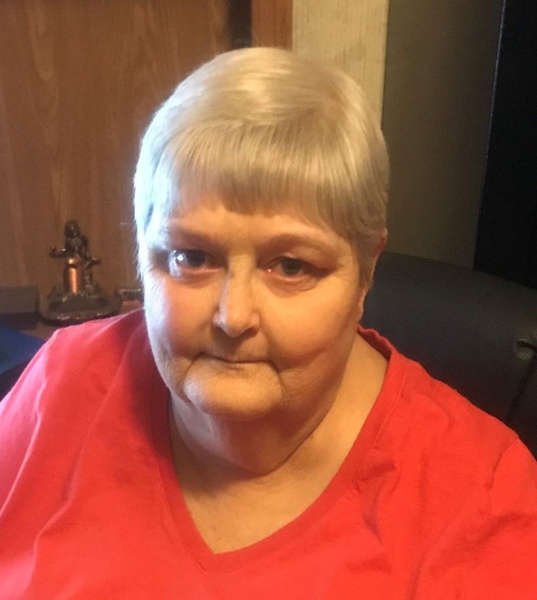 
She was born October 28, 1951 in Evansville, Indiana a daughter to the late James Markin and Syble (Santy) Markin. Syble survives of her home.

Terri attended school in St. Louis and worked as a RN in Florida for many years before retiring.

On February 5, 2001 she was united in marriage to Dannell Jay Campbell in Boonville, Arkansas. Dan survives of their home.

Terri enjoyed watching old movies and the Waltons, playing bingo at the V.F.W. in Owensville, and making flower arrangements for weddings. She was a giving person with a big heart. Terri loved the Lord and read her bible every day. Her greatest joy was time spent with her family and especially her grandchildren.

In addition to her mother and husband, Terri is survived by: two sons, Thomas Redick and his wife Lucy of Port Richey, Fl and Daniel Campbell and his wife Kate of Chicago, Il; one daughter, Amelia Scheer of St. Claire; grandchildren, Elizabeth Maul and her husband Chase, Thomas Redick, Jr., John Redick, Emmy Redick, and Leah Campbell as well as many step-grandchildren; numerous foster children; and one sister, Kimberly Akers of St. Claire as well as many extended family members and friends.

Terri was preceded in death by her father James, infant twins, her father-in-law, Jay Campbell and a stepdaughter, Whitney Campbell

Funeral services will be held on Wednesday, October 27, 2021 at Crossroads Baptist Church beginning at 1:00 p.m. with Danny Jarvis officiating. Interment will follow in the Bland Union Cemetery.

Expressions of sympathy may be made to Parkinson Foundation.

To order memorial trees or send flowers to the family in memory of Terrell "Terri" J. Campbell, please visit our flower store.