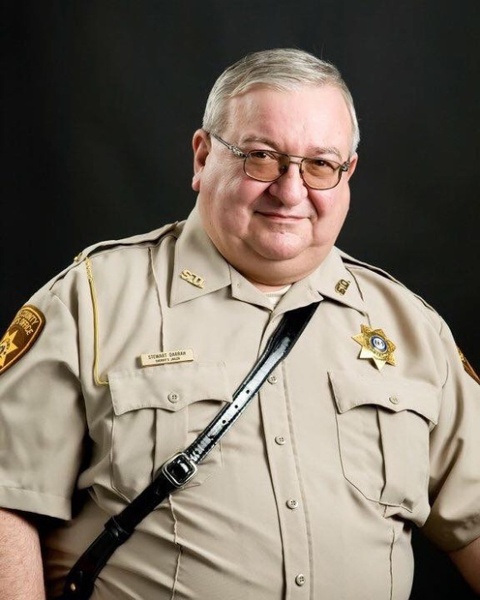 Stewart was born September 2, 1948, in McPherson, KS, a son to the late Thomas Keith “Pete” and Eileen (Hoemann) Darrah.

Stew was a 1966 graduate of Washington High School and received his Bachelor of Science degree from the University of Missouri.

Stewart began his employment as a Mixer for the Hebbeler Bottling Company in New Haven for over 20 years. Following a ride along with the Franklin County Sheriff’s Department, he then moved on to law enforcement working as a Dispatcher for Franklin County in 1996. His service did not end there as he worked for the Gasconade County Dispatch from 1998 until 2000, Gasconade County E-911 from 2000 until 2009, the Belle Police Department from 2005 until 2009, and the Maries County Sheriff’s department from 2009 until 2016. Stew continued to help Maries County as a part time employee until his death. He also served as the Belle City Mayor from 2014 until 2016. Stew was very active in city activities as a member of the Friends of the Library and the Belle Community Betterment Association. He helped out at the Belle Library and was there almost daily providing information to all who needed it.

Stewart was multilingual and a student of learning. He enjoyed birds, doing genealogy, and was an avid reader. He liked cooking, being in law enforcement, was an excellent gardener, and loved visiting with people. Stew will be missed greatly by his family, friends, and his Belle community.

Stewart is survived by: two brothers, Bryan Darrah and his wife Julie of Junction City, Ks, and Randy Darrah and his wife Leigh of Warrenton, Mo; numerous nieces and nephews; and a close family friend, Chris Heitman and his daughter, Landry as well as many extended family members and friends.

Stewart is preceded in death by his parents, Thomas and Eileen Darrah.

A memorial visitation will be held on Monday, January 21, 2019 at the Bland First Baptist Church from 1:00 p.m. until 3:00 p.m. Memorial services will follow at 3:00 p.m. with William Zastrow officiating. Stews ashes will be scattered at the Belle City Park following the services as well as in Port Hudson, Mo where his parents are laid to rest.

Expressions of sympathy may be made to the Belle City Library or to the Yaya's.

To order memorial trees or send flowers to the family in memory of Stewart L. "Stew" Darrah, please visit our flower store.