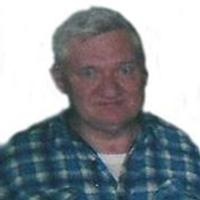 Steven "Steve" Joel Cook, age 66, of Belle passed away Saturday, July 11, 2015 at the University Hospital in Columbia after a very long, hard fight trying to heal from severe burns he received on April 11, 2015.

Steve was born March 27, 1949 in Marion Kansas, a son to the late Junior and Doris (Bailey) Cook.

He was a 1969 graduate from Vienna High School. After High School, Steve went on to Columbia to earn a degree in electronics. Although Steve had various other jobs, he spent his life working on televisions and small appliances.

Although Steve was a quiet man and liked to mind his own business, he was very kind hearted. He was always ready to help family, friends, and anyone else in need. Steve had helped out at C.A.S. in Belle for the last few years and made many friends there. Steve will be sadly missed by his family and friends.

Steve is survived by four brothers and sisters: Sandra Volkerding-Saler and her husband James of Union, Grover Mayfield of Belle, Rose Keeney and her husband Keith of Belle, and Lisa Henson of Belle as well as several nieces, nephews, extended family members and friends.

A visitation for Steve will be held on Saturday, July 18, 2015 at Sassmann's Chapel in Belle from 9:00 a.m. until 10:00 a.m. Funeral services will follow at 10:00 a.m. with Rev. Loraine Bossaller officiating. Inurnment will be in the Bland Union Cemetery.

To order memorial trees or send flowers to the family in memory of Steven "Steve" Joel Cook, please visit our flower store.