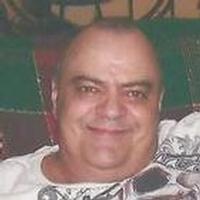 Steve L. Payer, age 57, formally of St Louis, passed away Tuesday, September 24, 2013, at his home in Belle surrounded by his family.

On July 26, 1996, Steve was united in marriage to Lisa Renee Townson in Johnson City, Tennessee.
Steve and Lisa moved back to Steve's home state of Missouri in 2006. Lisa survives of the home.

Steve worked as a Journeyman Roofer for the Bevo Brothers Company out of St. Louis for over 20 years.

Steve was very creative and loved writing poetry and songs among other things. He was also known to have written many letters to the President and had received Christmas cards from the first family in the past. He also enjoyed playing on the computer, especially Farm Heroes but his biggest love was spending time with his granddaughters, Shaddix and Riley. Steve was the kind of man who always put his needs last. He was very giving and always full of laughter. His smile brought a lot of joy to his family and friends.

In addition to his wife, Lisa, Steve is survived by: three daughters, Patricia Payer and her fiancAC.' Alan Bray of Belle, Shannon Louise Payer and her fiancAC.' Jimmy Logan III of Belle, and Sophia Loren Payer of Belle; two sons, Steve Leon Payer II and his wife Crystal of Johnson City, Tennessee, and Arthur James Payer of Johnson City, Tennessee; two sisters, Janet Roberts of Arnold and Nancy Carter of Fenton; one brother, Arthur James Payer, Jr. of Farmington; and eight grandchildren as well as many nieces, nephews and friends.

Steve was preceded in death by his parents; one sister, Sharron Bellville; and his favorite uncle, Martin Payer.

Expression of sympathy may be made to the family of Steve Payer.

To order memorial trees or send flowers to the family in memory of Steve Payer, please visit our flower store.