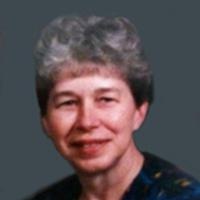 Dorthaleen was born January 27, 1938, in Belle, a daughter to the late Harold and Beulah (Elrod) McQueen.

Dottie was a 1956 graduate of Belle High School and received her Bachelor Degree in Education from the University of Missouri in 1960.

On August 19, 1961, she was united in marriage to Jesse Everett Robison at the Liberty Church of Christ in Belle. He preceded her in death on October 19, 2012.

She was a member of the Highway E Church of Christ in Rolla.

Dottie was employed as a teacher at the Parkway School system in St. Louis for two years. Later in life, she and her neighbor opened a day care center at her home in Rolla. She also was the Director of the Kangaroo Kottage Day Care in Rolla for 6 years.

Dottie enjoyed sewing in her early years, reading the Bible and listening to Bible tapes. She loved to take trips with Jesse when he drove for Quaker Windows. Together they got to see the country. Dottie dedicated her life to her family. Her favorite times were spent with her grandchildren, Heather and Ely.

Dottie is survived by: one son, David Robison and his wife Kim of Vichy; one daughter, Lisa Stricklin and her husband Jerry of Edgar Springs; two grandchildren, Heather and Ely Robison; three sisters, Darleen Kopfer and her husband Larry of Jefferson City, Judy Fox and her husband Don of Baton Rouge, LA, and Janie Ridenhour and her husband Mike of Belle as well as many extended family members and friends.

She was preceded in death by her parents and her husband of 51 years.

Visitation will be held from 1:00 p.m. to 3:00 p.m. on Sunday, March 8, 2015, at Liberty Church of Christ near Belle. Funeral services will follow at 3:00 p.m. with Randy Carr officiating. Interment will be held in the Liberty Cemetery.

To order memorial trees or send flowers to the family in memory of Shirley Dorthaleen Robison, please visit our flower store.