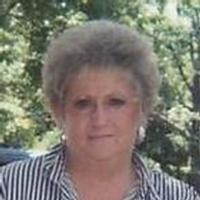 Shirley was born on July 3, 1939, in Paydown, a daughter to the late Clarence and Hilda (Backues) Baumgartner.

She was a lifelong member of the Belle area and a 1957 graduate of Belle High School.

Although Shirley had been employed at the Brown Shoe Company Owensville for a short time, most of her adult life was spent as a stay at home mother and grandmother. It was a job she loved.

She was a member of the Liberty Church of Christ near Belle and was very close to her church family. Shirley enjoyed singing and listening to gospel music, cooking, watching old westerns, and taking her weekly trip to the hair salon. She loved to socialize and crack funny jokes and was a self- taught piano player. Shirley was very active in planning her class reunions as well as staying in touch with her class members. She enjoyed taking cruises around the area, and loved to drive by the park to see the geese. Her favorite thing to do, however, was spending time with her family and especially her grandchildren. She will be missed greatly by those that knew and loved her.

In addition to her parents and husband, Shirley was preceded in death by, one sister, Loretta Bentlange and a niece, Kimberly Jett.

An additional visitation will be held on Friday, February 5, 2016 starting at 10:00 a.m. at the Liberty Church of Christ and continue until the funeral service begins at 11:00 a.m. Interment will follow in the Liberty Cemetery.

Expressions of sympathy may be made to Sassmann's Chapel to go towards a monument for Shirley.

To order memorial trees or send flowers to the family in memory of Shirley Marie Kottwitz, please visit our flower store.