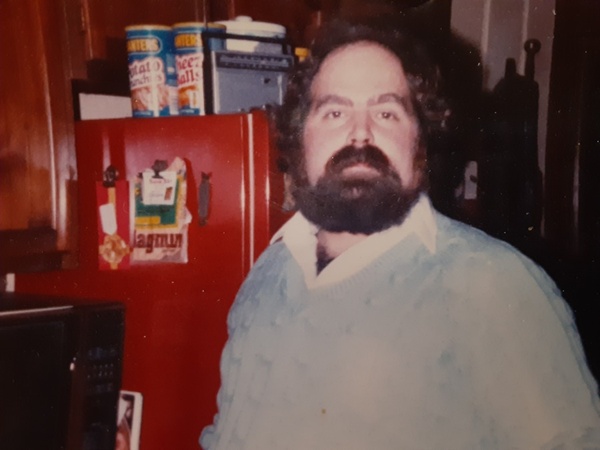 Sam was a 1978 graduate of Hazelwood High School. Following high school, Sam went to work with his father in the construction business and continued working as a Stone Mason and Brick layer until his health declined.

On July 30, 1985 he was united in marriage to Denise Lynn Weber. Denise survives of their home near Belle.

He had been an area resident since moving from St. Louis in 2000.

Sam enjoyed woodworking, building model cars, building black powder guns, and tinkering with different projects through the years. He liked listening to music, movies, and watching the Price is Right every day. Nothing was allowed to happen while the show was on and he was a stickler about that. Sam loved animals and had several of his own including Denis’s horses which he took pride in taking care of. Most of all, he loved time spent with his family. Sam will be missed tremendously by his family.

In addition to his wife of 35 years, Sam is survived by: one son Nick Demos and his fiancé Amber Rose of Belle; one granddaughter, Madison Demos of Belle; two brothers, Frank Demos and his wife Lucy of St. Louis and Mark Demos of St. Louis; two fur babies, Tinky and Daisy and several nieces and nephews, including Serena Bray and Tara Pierce, as well as other extended family members and friends.

He was preceded in death by one son, Samsson Demos and his parents.

A memorial visitation for Sam will held on January 13, 2021 at Sassmann’s Chapel in Belle from 1:00 p.m. until 3:00 p.m. Memorial services will follow at 3:00 p.m. Masks are suggested and social distancing guidelines must be followed.

Expressions of sympathy may be made to the family of Samuel W. Demos.

To order memorial trees or send flowers to the family in memory of Samuel "Sam" W. Demos, please visit our flower store.