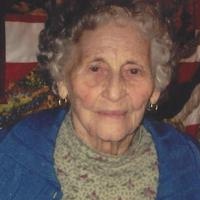 She was born in Redbird on December 27, 1924, at the home of her parents, Henry Louis and Nora Lula Rebecca (Rethmeyer) Scheel. She was one of four siblings.

On May 14, 1944, Ruth was united in marriage to Warren Thomas Bingaman in St. Louis. They moved to Redbird and spent the rest of their lives there. He preceded her in death on June 22, 1982.

Ruth worked for many years at Mall’s Supermarket in Maplewood, Mo. When she and Tom moved to Redbird, she began working at Deb’s Shoe Company in Owensville. When it closed, she went to the Brown Shoe Company until it also closed. She then began her career with Missouri Home Care as a helper to home bound folks in the Owensville, Bland, and Belle areas. Ruth worked for over 35 years before retiring. During the last several years of her life, she also worked as the custodian at the Bland Post Office. Every morning Ruth would raise the flag, sweep the lobby and greet everyone in town.

Ruth was a member of the Bland First Baptist Church.

Ruth was always an outdoors person. She loved to help her “boys” in the hay, feed the animals on the farm, ride horses, and do anything outdoors. She made the absolute best fried chicken in the world as all of her family would agree.

Funeral services will be at 10:00 a.m. on Friday, October 7, 2016 at Sassmann’s Chapel in Bland. Interment will follow in the Bowen Cemetery.

Expressions of sympathy may be made to the Bowen Cemetery Fund.

To order memorial trees or send flowers to the family in memory of Ruth J. Bingaman, please visit our flower store.