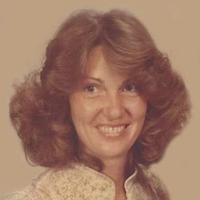 She was a 1967 graduate of Arcata High School in California.

On November 27, 1973, she was united in marriage to Alvis Bert Berry in Reno, NV. Ruthie and Bert moved from California in 1993 and settled in the Belle area. Bert survives of their home in Belle.

Ruthie was a avid reader and enjoyed watching the History and Discovery Channels. She liked to crochet and spend time with her friends. Her greatest joy was when she and Bert would travel back to California to visit her children, grandchildren, and great-grandchildren.

In addition to her husband of 44 years, Ruthie is survived by: one son, Richard Louis Berry and his wife Dawn of Ramstein, Germany; two daughters, Leigh Ann Christian and her husband Duane of Sacramento, CA and Cathi Massey and her husband Jim of Yorba Linda, CA; one brother, Bert Skidmore of Gig Harbor, CA; two sisters, Roberta Ann Haslip of Willow Creek, CA and Mary Lou Williams of Belle; seven grandchildren; one great-grandchild; special friends, Pat and Danny Griffith, Gary Nichols, and Sheila “Hicks” Thomas; and her two dogs, Tinkerbell and Lulu as well as many extended family members and friends.

In addition to her parents, Ruthie is preceded in death by two sisters, Margie Pound and Ruby Hoober; two brothers, Raymond and Glenn Skidmore and one special friend, Fern Litton.

To order memorial trees or send flowers to the family in memory of Ruth Ann "Ruthie" Berry, please visit our flower store.