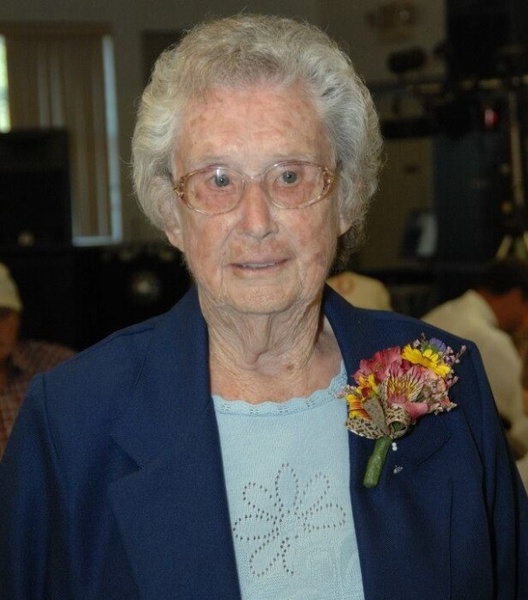 Ruby was born July 19, 1924, in Osage County, a daughter to the late Alva and Minnie (Lehnhoff) Green.

She was a lifelong Belle area resident and attended the Buck Elk School as a child. Ruby was a member of the Skaggs Chapel before it’s closing and had been attending the Koenig Methodist Church prior to her death.

Ruby had been employed at both the International Shoe Company as well as the Belle Counter Factory and enjoyed going on the mail routes with her husband Bennie.

Ruby enjoyed traveling, attending auctions, gardening, watching game shows, listening to country music, going out to eat and mowing her own lawn. She was a meticulous house cleaner and loved making Sunday dinners for her family. There was always plenty to eat. Most of all, Ruby loved spending time with her family and especially her grandchildren. She will be missed tremendously by her family and all that knew and loved her.

In addition to her parents and husband, Ruby was preceded in death by one daughter, Barbara Keeney and her husband Danny, one son, Murl Seymore and his wife Dianna, and three brothers, Johnnie, Uel, and Les Green.

Visitation for Ruby will be held on Friday, December 11, 2020 from 9:00 a.m. until 11:00 a.m. at Sassmann’s Chapel in Belle. Funeral services will follow at 11:00 a.m. Interment will be in the Liberty Cemetery near Belle. Facemasks are suggested and social distancing rules must be followed.

Expressions of sympathy may be made to the Koenig Methodist Church or to the Liberty Cemetery.

To order memorial trees or send flowers to the family in memory of Ruby Alice Seymore, please visit our flower store.