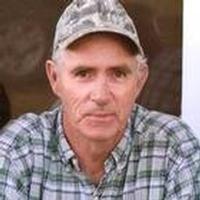 Roy began life in a farmhouse in rural Missouri on a snowy Christmas eve. He grew up on farms and helped his father and mother put food on the table from a very young age. He continued to support his mother through very difficult times, including the death of his father when he was only a boy and through his older brother's service in Vietnam. He met Barbara McMullin, a daughter of some of his sister's friends, in 1971 in Belle, MO. After dating for some time they were united in marriage on November 4, 1972. Roy took in Barbara's son, Kevin McMullin, and raised him as his very own. Roy worked for Tri-County Publications for over 14 years and during this time he and Barbara had two beautiful daughters, Lori and Carrie. He had a passion and aptitude for mechanical work, often working on his cars and trucks in his free time. He began his own carpentry business and was truly a jack of all trades, and soon after the birth of his and Barbara's son Benjamin, he opened his own furniture and cabinet shop in 1993 and worked every day there until his retirement in 2008 due to health issues. His business was sustained by word of mouth alone and this speaks to the qualities of honesty and integrity he continually strived for in his life. Roy was a private man. He did not belong to a church but had an unfaltering belief in the power of our Heavenly Father. He was patient and kind. He lived a simple life, with his family always, always coming before himself - his selflessness was immeasurable. He triumphed over many hardships in his life, including alcoholism, and fought lung and liver cancer for many long years. Shortly before his death he was able to celebrate 41 truly wonderful years with his loving wife Barbara, along with all his children, grandchildren, and great-grandchild. He will always be missed and will never be forgotten.

Roy was preceded in death by his parents; a step-son, Kevin McMullin; a sister, Laverna Fincher and a brother, Robert Simpson.

Interment will follow in the Seaton Cemetery near Dixon, MO.

Expressions of sympathy may be made to the family of Roy Simpson.

To order memorial trees or send flowers to the family in memory of Roy Simpson, please visit our flower store.