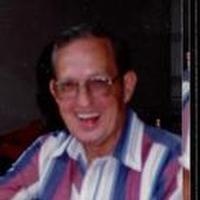 Roy was a graduate of Union High School and served in the United States Army.

On February 21, 1981, he was united in marriage to Marie Gallagher in St Louis. She survives at the home in Bland.

Roy worked as an inspector for McDonnell-Douglas in St Louis until his retirement in 1992. He was a member of the Machinist and Aerospace Workers Union, Local # 837.

Roy was a member of Belle Lodge # 373 A.F. & A.M., Scottish Rite, Moolah Shriners and the Order of The Eastern Star. One of Roy’s hobbies was playing pinochle.

In addition to Marie, his wife of 33 years, Roy is survived by: 2 sons, Glen Schmidt of Bland and Richard Schmidt of Bridgeton; one daughter, Debbie Dalhoff and her husband Jeff of St. Charles; one brother, Larry and his wife Sue Hults of Valley Park; one sister, Brenda Mahaney of Belle; four grandchildren, Joe and Chip Schmidt, Rhonda McClure and Jennifer Schmidt as well as six great grandchildren and several nieces and nephews.

Funeral services will be held at 1:00 p.m. Saturday, April 19, 2014 at Sassmann’s Chapel in Bland with Dennis Spurgeon officiating.

Burial with full Military Honors will follow in the Countryside Memorial Gardens near Owensville.

Expressions of sympathy may be made to the Missouri Veterans Home in St. James.

To order memorial trees or send flowers to the family in memory of Roy Udell Hults, please visit our flower store.