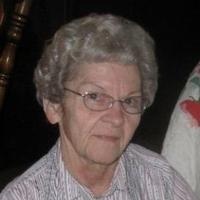 Rose Mary was born January 6, 1937, in rural Osage County, a daughter to the late Albert and Anna (Krueger) Phelps.

On November 30, 1957, Rose Mary was united in marriage to Randell Horstman in Memphis, Tennessee. He preceded her in death on November 19, 2012.

She was member of the Mt. Zion Baptist Church and retired from the Marsh Company in Owensville.

Rose Mary loved spending time with her grandchildren, crocheting, cross stitching, and doing jigsaw puzzles. She enjoyed fishing when she was younger, riding and showing horses, and listening to older country and bluegrass music. She will be missed greatly by her family and friends.

In addition to her parents and husband of 54 years, Rose Mary was preceded in death by: one brother, Howard Phelps and one sister, Bernice Hassler.

Funeral services will be at 1:00 p.m. on Wednesday, January 4, 2017 at Sassmann’s Chapel in Bland with Shane Jarvis officiating. Interment will follow in the Mt. Zion Baptist Cemetery.

Expressions of sympathy may be made to the Mt. Zion Cemetery Fund.

To order memorial trees or send flowers to the family in memory of Rose Mary Horstman, please visit our flower store.