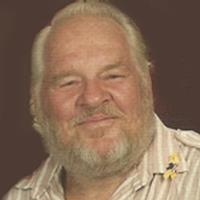 Ronnie was born December 3, 1941, a son to the late Herbert and Pearl (West) Ridenhour.

Ronnie attended Belle school system and in 1966 joined our Armed Forces, proudly serving in the United States Army during the Vietnam War. While serving his country, he received his G.E.D.

On September 15, 1962 he was united in marriage to Deanna Skouby in Highgate. From this union three children were born. Deanna survives of their home near Belle.

He was employed for 40 years as a trackman by the Rock Island and Union Pacific Railroad. He retired in 2002.

He was a member of Pilot Knob Baptist Church.

Ronnie was known for being a great person, husband, father, and grandfather. He was a hard worker as well as being a big outdoorsman who's passion was fishing the Gasconade River and hunting. He also enjoyed four wheeling, mushroom hunting and spending time with his family.

He was preceded in death by Parents Herbert and Pearl Ridenhour, one brother, Mac Hadley Ridenhour, and two nephews, Jason and Jerry Ridenhour.

Funeral services will be at 10:00 a.m. on Friday, August 28, 2015 at the Pilot Knob Baptist Church with Pastor Dean Catlett officiating. Interment will follow in the church cemetery with full military honors.

Expressions of sympathy may be made to Pilot Knob Cemetery or American Cancer Society.

To order memorial trees or send flowers to the family in memory of Ronnie Lee Paul Ridenhour, please visit our flower store.