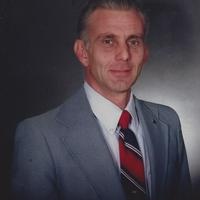 Roger was born December 15, 1945, in Belle, a son to the late Glen and Camelia (Butler) Thompson.

On December 19, 1964, Roger was united in marriage to Betty Litton in Belle. She survives of their home in Bland.

Roger graduated from Belle High School and received his degree in Criminal Justice from Columbia College. He was 32nd degree Master Mason and was a past Master of Belle Lodge #373. He was also a member of Shiners International and the Scottish Rite of Freemasonry.

Roger is survived by: his wife of 52 years, Betty; one son, Brandon Thompson of Byron and his Fiancé, Gwen Schwartz of Westphalia; one daughter, Mischele Granato of Jefferson City; three grandchildren, Derek Price of Texas, Robert Granato of North Carolina, and Zoie Granato of Jefferson City; one great grandchild, Layna Price of Owensville; one brother, Wayne Thompson of Belle; three sisters, Jenny Carpenter of Bland, Glenda Weller of Summerfield, and Toni Buechter of Belle; and one special brother-in-law, Jim Carpenter of Bland, as well as many extended family members and friends. He will be missed greatly by those that knew and loved him.

Roger is preceded in death by his parents.

Roger worked construction most of his life and in a very diversified field. He worked to build the Labadie Power Plant and the Callaway Nuclear plant. Other jobs include the Bull Moose Tube in Gerald, Kingsford Charcoal in Belle, and was in the pump business serving as President of the Water Well Association. Roger also drilled oil wells during the early 80’s in Illinois and served as the Maries RII School Board President for a time. He took a year off from his regular job in the late 80’s to help build the Middle School in Bland and the addition to the Belle Elementary. Roger finally finished his career working at J.C.C.C in Jefferson City teaching wood working.

Roger didn't have a lot of hobbies outside of traveling and spending time with family and friends. However, he always made time to give back to the community through pro bono work, helping those less fortunate, and by rehabilitating inmates so they could adjust and make it on the outside world again. Roger received several awards throughout the years for his outstanding work with the offenders at J.C.C.C.

In lieu of flowers, the family requests that expressions of sympathy be made to Humane Society of Missouri.

To order memorial trees or send flowers to the family in memory of Roger Thompson, please visit our flower store.