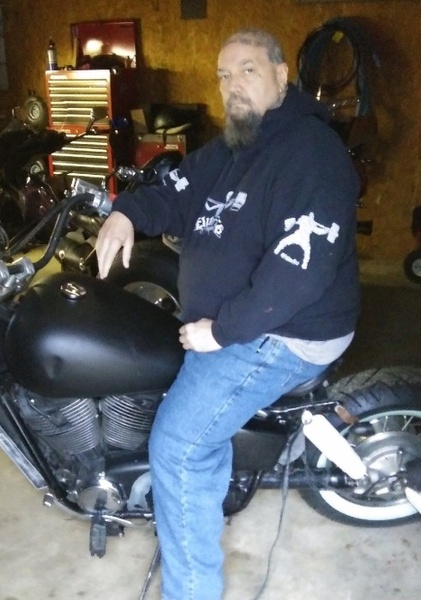 He attended Pacific High School and received his GED in 2013. Robert worked as a Carpenter for many years in the St. Louis area with his brother Tom.

To many, Robert was known as “Bear”. He was a big man in size and often people found him intimidating but in reality he was a gentle teddy bear. Robert had the “gift of gab” and many said he could sell an Eskimo a snowball. He could always make people laugh and enjoyed being the clown. He enjoyed riding motorcycles and he loved cheeseburgers more than about anything else. Above all he loved his family and will be missed greatly.

In addition to his parents, Robert is preceded in death by three sisters, Anna Ritrovato, Wanda Johnson, and Ruthann Capone.

Visitation for Robert will be on Saturday, February 23, 2019 at Sassmann’s Chapel in Belle with visitation from 10:00 a.m. until 12:00 p.m.  Funeral services will follow at 12:00 p.m. with Jimmy Hance officiating. Interment will be in the Bland Union Cemetery.

Expressions of sympathy may be made to the family of Robert C. Wilcox, Jr.

To order memorial trees or send flowers to the family in memory of Robert C. "Bear" Wilcox, please visit our flower store.