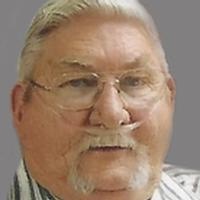 Bob Loughridge, age 73, of Belle passed away Sunday, August 14, 2016 at his home surrounded by his family.

Bob was born May 31, 1943, in rural Osage County, a son to the late George and Ruby (Pearon) Loughridge.

He was a 1962 graduate of Belle High School and attended Linn Technical College for two years. Following high school, Bob entered the United States Army where he served his country as a Combat Engineer during the Vietnam War.

On June 15, 1963, Bob was united in marriage to Beverly Mehrhoff at Crossroads Baptist Church in Bland. From this union two children were born. Beverly survives of their home.

Bob had been employed as a sewing machine mechanic for Langenburg Industries and for himself out of his home. He also worked for Kingsford Charcoal and Playmaster for a time and drove a ambulance in the area for many years.

He was a member of the Owensville V.F.W Post #6133, a past member of the Bland Lions Club, and a member of the Crossroads Baptist Church where he served as a Deacon for 35 years. Bob enjoyed hunting, fishing, camping, making beef jerky, and was a baseball fan with the St. Louis Cardinals being his favorite team. His greatest joy in life was time spent with his family. He will be missed by those that knew and loved him.

Bob is survived by: his children, Sean Loughridge of Belle and Heather Green and her husband Mike of Belle; one brother, Don Loughridge and wife Sally of Bland; four sisters, Eleanor Murray and her husband Arthur of Montgomery, TX, Naomi Shanks of Vienna, Diane Penserum of Belle, and Kathy Rhodes and her husband Robert of Belle; grandchildren, Brandon Loughridge, Madison Compton, Nick Compton, Braeden Green, Kale Loughridge, and Kwinton Green; and a sister-in-law, Debra Mehrhoff as well as many nieces, nephews, cousins, extended family members and friends.

In addition to his parents, Bob was preceded in death by: one sister, Bonnie Waller and her husband Ralph; brother-in-laws, Leonard Shanks, Chuck Penserum, and Norman Mehrhoff; and a daughter-in-law, Kara Loughridge.

Funeral services will be held on Wednesday, August 17, 2016 at 11:00 a.m. at the Crossroads Baptist Church near Bland. Interment will be at Countryside Memorial Gardens with full Military Honors.

Expressions of sympathy may be made to the family of Robert Loughridge.

To order memorial trees or send flowers to the family in memory of Robert "Bob" Loughridge, please visit our flower store.