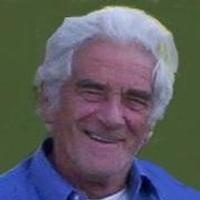 He was a 1960 graduate of St. James High School. Following his graduation, Bob entered the United States Air Force and Bob proudly served his country for six years.

On August 15, 1964, Bob was united in marriage to Leah Yvonne Walters in Bland. Yvonne survives in their home at Belle.

Bob was employed at the Chrysler plant in Fenton for 25 years before retiring. After retirement, he worked for the City of Belle for 17 years and was currently serving as an Alderman for the city.

Bob enjoyed woodworking and building bird houses, watching T.V., playing Nintendo, and games on his computer. He liked doing mechanic work and loved his St. Louis Cardinal Baseball. His greatest joy was spending time with his grandchildren and his family.

Bob was preceded in death by his parents.

Visitation will be held from 1:30 p.m. to 3:00 p.m. on Friday, April 1, 2016, at the Assembly of God Church in Belle. Funeral Services will follow at 3:00 p.m. with Bro. Bill Perkins officiating. Interment will be in the Belle City Cemetery with full Military Honors.

Expressions of sympathy may be made to the family of Robert "Bob" Light.

To order memorial trees or send flowers to the family in memory of Robert "Bob" E. Light, please visit our flower store.