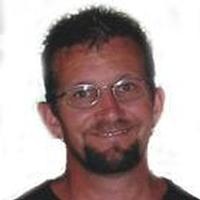 Dwayne was born September 7, 1965, in Rolla, a son to Jimmie and Kay (Alexander) Humphrey. They survive of Rolla.

Dwayne attended school in Rolla and worked as a carpenter for the Jones Company in St. Louis as well as with his dad locally. He enjoyed cooking and barbecuing and loved to hunt, fish, and just being outdoors.

To order memorial trees or send flowers to the family in memory of Robert Dwayne Humphrey, please visit our flower store.