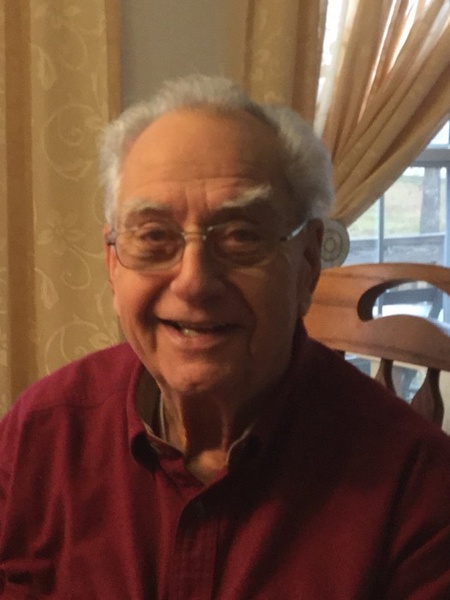 Bob was born in 1937 at his parents’ home in Webster Groves, the second son of the late Arthur J. and Alberta Hudson.

Bob honored his country by proudly serving in the United States Navy from 1954 until 1962.

Bob was united in marriage to the love of his life, Donna (Haines) Hudson for 55 years. From this union, 6 children were born.

He was a good Christian man and Bob honored God by being water baptized at the U.P.C.I by Rev. Dan Maxwell. Jesus Christ is his Lord and Savior forever.

Bob had been employed at Sinclair Ford in St. Louis as a Car Mechanic and a supervisor for many years. He was very good with his hands and enjoyed working on anything mechanical as well as woodworking. Bob was known to be able to look at something and recreate it in great detail and thrill his family with the many items. He could swim like a fish and was strong like a bull and could often be seen at the mall with one kid hanging from each arm. Bob enjoyed traveling to other countries including Austria, Germany, and the Canary Islands. He loved the water and boating and spending time with his best friends, Delmar Haines, Dale Knight, Dave Sinclair and Dan Maxwell as well of other friends of all ages. Bob will be missed tremendously by his friends as well as his family.

In addition to his wife, Donna, Bob is survived by: 5 of his 6 children and one son-in-law, Steve Mills of Osceola, Tina Reynolds and Ben of Niangua, Mo, Robert Hudson, Jr. and his wife Wendy of Shrewsbury, Lisa Hudson of Washington, Mark Hudson and his wife Michelle of Arizona, and Robin Sincox and her husband Justin of Augusta, Mo; 12 grandchildren; 6 great-grandchildren; 3 siblings, Mary Lou Qvercamp of Fulton, Joy Hudson of Fulton, and Cheryl Romaker of Fulton; and 12 nieces and nephews as well as many extended family members and friends.

Bob is preceded in death by his parents, 2 siblings and oldest daughter, Richard Hudson, Ace Hudson and Tami Mills.

Private family arrangements have been made and interment will be in Liberty Cemetery.

To order memorial trees or send flowers to the family in memory of Robert Edward Hudson, please visit our flower store.