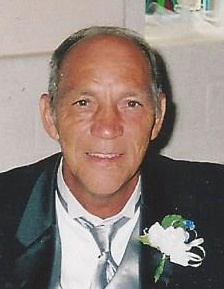 Robert “Bob” Blake Gehlert, age 69 of Belle, passed away on Saturday, May 18, 2019, at his residence surrounded by his family.

Robert was born April 11, 1950, in Washington, Missouri, a son to the late John Edward and Laura Ida (Danuser) Gehlert.

Robert attended the High Gate and Belle School systems. In 1968, Robert was drafted into the United States Navy and served his country during the Vietnam War.

On September 15, 1973, Robert was united in marriage to Rita Marie Straatmann at the Lady of Lourdes Catholic Church in Washington, Missouri. Rita preceded him in death on October 18, 2018.

Robert was employed as a carpenter for Local Union #110 and also worked as a railroad mechanic for the Rock Island and Burlington Northern Railroads. Additionally, he was a member of the Mt. Calvary Lutheran Church in Belle.

Robert was a loving husband and father. He enjoyed horseback riding, hunting, fishing, and spending time on the Gasconade River. Robert enjoyed working on old cars. He was also a pet lover and owned many different pets throughout the years. Above all, he enjoyed spending time with his friends and family.

Expressions of sympathy may be made to the family of Robert Gehlert.

To order memorial trees or send flowers to the family in memory of Robert "Bob" Gehlert, please visit our flower store.