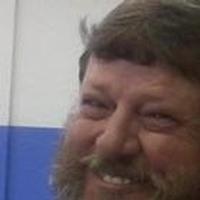 Ricky was a 1976 graduate of Bland High School.

Ricky's passion was his work detailing cars and was employed by Carroll-Rehma in Linn for 32 years.

Ricky was a member of the Zion Evangelical Church in Bland. He enjoyed yard work, both at his home in Bland, as well as at the family farm. He loved to hunt as a younger man and liked to watch Nascar, football and basketball whenever he got the chance. He was also a lover of movies and spent many hours watching the movie collection that he had acquired.

Ricky is survived by: one brother, Gary Gerloff and his wife Pam of Bland; one nephew, Chris Gerloff of Bland and a special friend, Shirley Otto of Holts Summit as well as many cousins and friends.

Ricky was preceded in death by his parents.

A private memorial service will be held at a later date.

To order memorial trees or send flowers to the family in memory of Richard 'Ricky' Elmer Gerloff, please visit our flower store.