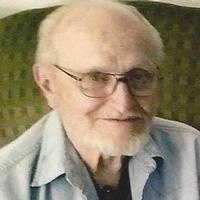 On February 3, 1951, Rich was united in marriage to Alice Alverson at St. Edwards Catholic Church in St. Louis. Alice survives of their home in Belle.

Rich was a graduate of Hadley Trade School and had been a resident of the Belle area for 32 years. He had been employed as a Mechanic and operated his own station for many years. Rich was proud to have served his country in the United States Army during the Korean Conflict.

Rich was a very giving person who would help anyone in need. He enjoyed fishing, hunting, target shooting and being outdoors. Rich liked to read various gun magazines and was an active member of the N.R.A.

Rich is survived by his wife of 66 years, Alice, as well as many extended family members and friends.

In addition to his parents, Rich was preceded in death by an infant son, Richard “Ricky” Alan Foppe; two sisters, Rosemary Ruggeri and Theresa Tashler; and one half-brother, Clem “Snooks” Foppe.

Visitation for Rich will be held from 9:00 a.m. until 11:00 a.m. on Tuesday, March 14, 2017, at Sassmann’s Chapel in Belle. Funeral Services will follow at 11:00 a.m. Interment will be in the Missouri Veterans Cemetery in Waynesville with full Military Honors.

Expressions of sympathy may be made to the family of Rich Foppe.

To order memorial trees or send flowers to the family in memory of Richard "Rich" Foppe, please visit our flower store.