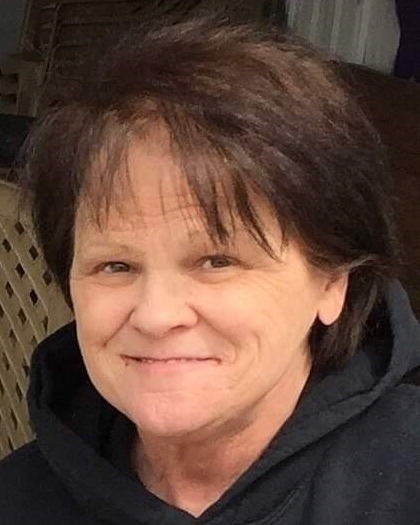 Rhonda was born November 24, 1959, in Jefferson City, a daughter to the late Millard and Ardelle (Schulenberg) Kinkead.

She attended school in Belle and Vienna and had been employed at Quaker Windows in Freeburg for over 10 years.

Rhonda enjoyed being outdoors doing yardwork, taking care of her plants, taking road trips for the scenery, or just sitting at the park. She liked making candles as a younger woman and loved animals. She had wanted to be a veterinarian early in life. Going to garage sales was fun for her as well as watching TV. 911, Supernatural, and Yellowstone were some of her favorite shows. Rhonda was a straight shooter and would let you know her opinion and was willing to do anything for others. She was always putting others needs above her own. Most of all, Rhonda loved time spent with her grandchildren, family, and friends. She will be missed greatly by those that knew and loved her.

Rhonda is survived by: two daughters, Melissa Bates and her husband Jozy of Belle and Rachel Vaughn of Belle; five grandchildren, Aspyn and Loudyn Schroeder, and Dakota, Berry Jo, and Corbin Homan; two brothers; Glendon Kinkead of Belle and Millard Kinkead, Jr. and his wife Allison of Imperial; two sisters,  Brenda Robinson and her husband Charles of St. Louis and Arlinda Kinkead of Jefferson City; her American Mastiff, Moose; and her grand doggies, Abbie, Marty, Dax, Stayshia, and Sadie as well as many extended family members and friends.

She was preceded in death by her parents and her ex-husband and friend, Richard Vaughn.

Memorial services will be held at a later date and will be announced by Sassmann’s Chapel.

Expressions of sympathy may be made to ASPCA in memory of Rhonda Vaughn.

To order memorial trees or send flowers to the family in memory of Rhonda M. Vaughn, please visit our flower store.