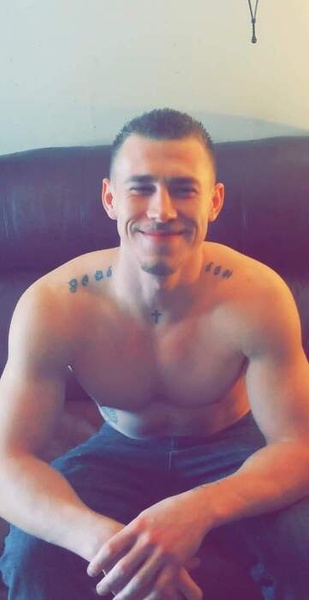 Raymond was born December 27, 1994 in Washington, Missouri, a son to Crystal Limberg and Tommy Vinson. Crystal survives of her home near Belle and Tommy of Owensville.

Raymond attended the Belle school system and received his G.E.D. later in life.

Raymond enjoyed drawing, rapping, fishing, and was a “snake charmer” because he loved catching snakes. He loved being outside and swimming or hanging out with his family but his greatest joy came from time spent with his daughter, Rylee.

In addition to his mother, Raymond is survived by: one daughter, Rylee Rae Limberg; one brother, Austin Linders and his girlfriend of Owensville; one sister, Destiny (Calahan) Kelly and her husband David  of Owensville; his grandmother, Debbie Limberg of Belle; one niece, Neveah Calahan; and two nephews, Cleo Stout and Kenny Calahan as well as many extended family members and friends.

Raymond was preceded in death by one brother, Jordon Calahan and his grandfather, Darrell Limberg.

A private family memorial will be held.

Expressions of sympathy may be made to the family of Raymond Limberg. Donations can be made in care of Sassmann’s Chapel in Belle.

To order memorial trees or send flowers to the family in memory of Ray "Darwin" Limberg, please visit our flower store.