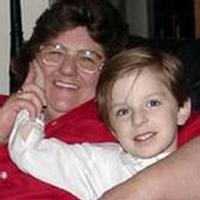 Pamela was born July 21, 1949, in Creve Coeur, MO, a daughter to the late Joseph and Grace (Ebbersol) Benoist.

She attended school at St. Ann's in St. Louis.

On August 2, 1985 she was united in marriage to Larry Patt at the Jewel Box Greenhouse in Forest Park. Larry survives of their home in Belle.

Pamela and Larry moved to the Belle area from Bridgeton, Mo and have been residents for over 20 years.

Pamela loved doing Genealogy on her family as well as Larry's. She spent lots of time and effort in her search for family members and loved every minute of it. She also enjoyed crocheting, making pot holders out of old socks, antiquing, and working on the farm that she and Larry had in Bland. Pamela was a homemaker and liked to cook and take care of her family. She especially love spending time with her grandson, Jessie.

In addition to her husband of 30 years, Pamela is survived by two daughters, Angel Phinney and her son Jessie of Belle and Glenda Rose of St. Louis; three sons, Glenn Dotson of Missouri, Lenn Dotson of St. Louis, and James Phinney of St. Louis; one brother Joe Benoist of Maryland Heights; a host of grandchildren as well as many extended family members and friends.

She is preceded in death by her parents.

Graveside services will be held on Saturday, October 24, 2015 at the Bland Union Cemetery in Bland.

To order memorial trees or send flowers to the family in memory of Pamela Kay Patt, please visit our flower store.