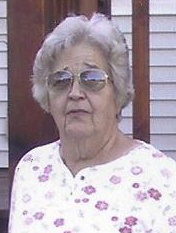 Fern was born September 18, 1930 in rural Gasconade County, a daughter to the late Edwin F. and Eunice (Shockley) Biehl.

At the age of 16, Fern went to work at the International Shoe factory in Bland and later was employed at the Kellwood Tent Company in Bland.

Fern enjoyed quilting, gardening, going to church dinners and watching RFDTV and St. Louis Cardinal’s baseball games. She loved to cook and feed her family but most of all, she loved spending time with them.

She was preceded in death by three siblings. Evelyn Biehl, Leon Beihl, and Linda Kay Green.

Expressions of sympathy may be made to the Old Bland Cemetery fund.

To order memorial trees or send flowers to the family in memory of Ola Fern Kottwitz, please visit our flower store.