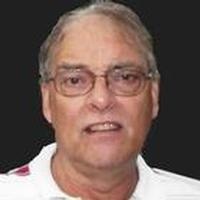 Norman D. Mehrhoff, age 60, of Bland, passed away Thursday, May 1, 2014, near Belle from injuries sustained in an automobile accident.

Norman was born on November 13, 1953, in Belle, a son to the late Lawrence Norman and Della Ruth (Brown) Mehrhoff.

On August 25, 1973, at Crossroads Baptist Church near Bland, Norman was united in marriage to his soul mate for over forty years, Debra Sue (Jones) Mehrhoff who survives at their home.

Norman graduated in 1971 from Bland High School. He was employed for forty one years at Kingsford Manufacturing Company near Belle. He was a lifelong member of Crossroads Baptist Church near Bland, where he faithfully served as a deacon and helped with the youth program.

Norman enjoyed cutting wood, fishing, eating, camping, mowing the yard, and putting up so many Christmas lights on the outside of his house that it was as bright as the airport.

Norman was a man that would do anything for anyone that needed help. He never knew a stranger and had a heart of gold. He was the major caregiver for his wife Debra and her parents. Norman lovingly cared for them and was not afraid to help them in any way he could.

Norman enjoyed spending time with his family, he especially loved his grandchildren who were the sparkle in his eyes. He had a strong love for his family and church family. Norman will be missed and remembered by all who knew and loved him.

In addition to his parents, Norman was preceded in death by his father-in-law, Ronald Jones.

Funeral Services will be held at 11:00 a.m. Monday, May 5, 2014, at Crossroads Baptist Church near Bland with Jim Zumwalt and Danny Jarvis officiating. Interment will follow in the Countryside Memorial Gardens Cemetery near Owensville.

Expressions of sympathy may be made to the Family of Norman D. Mehrhoff.

Arrangements are under the direction of Sassmann’s Chapel, Bland, MO. (646-3377)

To order memorial trees or send flowers to the family in memory of Norman D Mehrhoff, please visit our flower store.