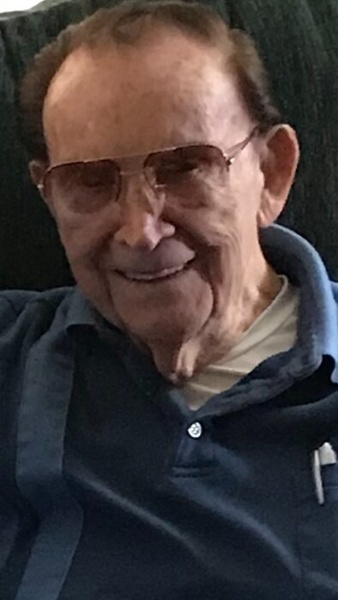 Norman Dempsey Jones was born in Dixon, Mo. on November 18, 1923, the son of Clay and Mayme (Nichols) Jones. He was one of five children born to this union.

He attended school in Dixon.

On February 3, 1943 he was united in marriage to Naomi Pendleton at the courthouse in Vienna by Judge Fred Hilton. From this union, two children were born. Janet and Craig.

Sgt. Norman Dempsey Jones was inducted into the Army Air Force on February 5, 1943. He left from Vienna and reported to Jefferson Barracks in St. Louis. He was sent to Sheppard Field, TX for basic training, then to Chanute Field, Il for school. He finished his training in Windover Field, UT. From there, he was assigned to an overseas unit in Pocatello, ID. He left the United States from Norfolk, VA and arrived in Africa on March 3, 1944. On April 3, 1944, he left Africa and arrived in Italy on April 9, 1944. He was awarded 7 bronze stars, a good conduct medal, 2 distinguished unit citations, and an oak leaf cluster. He served approximately 3 years with the 15th Air Force and in the 464th Bomb group as an Sgt. in Italy. His battle and campaigns include Rome-Arno, air combat in the Balkans, Rhineland, Northern France, Northern Apennines, Po-Valley, and Southern France. After the war in Europe ended, he was sent to Trinidad, then to Puerto Rico, later arriving in Miami on September 13, 1945. He was discharged at Jefferson Barracks on September 24, 1945 and arrived in Belle that night. Other citations and awards Dempsey received include, a certificate and medal for service in WWII from the state of Missouri, a ribbon and medal for service from 1941-1945 from France, and a certificate of accommodation, a ribbon, and a medal for being a member of the allied force in the D-day invasion.

Following his service to his country, Dempsey came home and started driving a truck for a mining company (at Bledsoe), then spent 32 years working for the Brown Shoe Company starting as a Stock Clerk, Assistant Foreman, Foreman, and Assistant Supervisor. He worked in Owensville, Dixon, and Trenton, IL. He retired from Grinco Sign in Owensville in 1986.

He was preceded in death by one brother and his wife, J.R and Sally Jones and one sister and her husband, Dorothy and Victor Jones and one son-in-law Ronald Schultz.

Visitation for Dempsey will be held from 10:00 a.m. until 12:00 p.m. on Friday, December 18, 2020 at the First Christian Church in Belle. Funeral services will follow at 12:00 p.m. with Mitchell Seaton officiating. Interment will be in Countryside Memorial Gardens near Bland with full military honors. Masks are suggested and social distancing guidelines must be followed.

To order memorial trees or send flowers to the family in memory of Norman Dempsey Jones, please visit our flower store.
Send a Sympathy Card