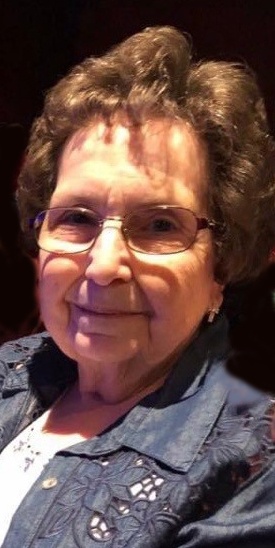 Nancy Carolyn Owens, age 76, of Belle, passed away, Tuesday, December 15, 2020 at SSM Health St. Mary’s in Jefferson City with her family by her side.

She was a member of the College Hill Baptist Church.

Carolyn was preceded in death by her first husband, Clifford Tillman in 1973. She later married Donald David Owens on November 16, 1974 in Belle. He preceded her in death on July 20, 2012.

Carolyn retired from Quaker Windows after 33 years of service. After her retirement, she became a caretaker for her husband, Donald. After he passed away, she enjoyed working as a volunteer at C.A.S Projects in Belle.

She was a wonderful, loving, and devoted mother and grandmother to her family. It was what she loved and adored the most, especially her grandchildren. She devoted much of her time to caring for others. She loved the Lord Jesus Christ and instilled those values in her family. She was a true example of love.

In addition to her parents and husbands, Carolyn was preceded in death by one daughter, Debbie Rocha, one son Arvil Owens, one sister Bonnie Seilhan, one brother Delmar Sisco and her Furbaby, Tinkerbell.

Visitation for Carolyn will be from 1:00 p.m. until 2:00 p.m. on Saturday, December 19, 2020 at Sassmann’s Chapel in Belle. Funeral Services will follow at 2:00 p.m. with Perry Wolfe officiating. Interment will be in the College Hill Cemetery. Masks are requested and social distancing guidelines must be followed.

Flowers may be sent to Sassmann’s Chapel in Belle or expressions of sympathy may be made to the College Hill Cemetery Fund.

To order memorial trees or send flowers to the family in memory of Nancy Carolyn Owens, please visit our flower store.
Send a Sympathy Card