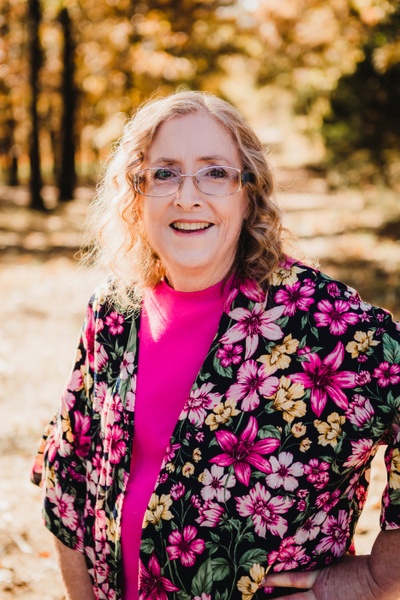 Nancy was born on June 24, 1955 at the Camp Rucker Army base in Enterprise, AL, to Walker and Oma (Stockton) Flood.

Nancy spent the majority of her childhood in the Indianapolis, IN area.  She graduated from Ben Davis High School in 1973.  Upon graduating high school, she attended Ball State University and graduated in 1977 with a Bachelor of Science degree in Nursing.

Nancy was united in marriage to Dr. Rodger Janes, D.D.S. on June 6, 1979.  From this union three children were born; Georgia Lee, Carol Ann and Mark Edward.

Nancy started her nursing career at St. Vincent Hospital in Indianapolis. After moving to Missouri, she worked in several hospitals and did home healthcare.  In 1994, she began her career as the beloved "Nurse Nancy" for Maries County R-II.  Nurse Nancy was known to fix many problems with an ice bag or crackers. When students would see her outside of school they would come up and tug on her trademark braid to say hi.

Nancy enjoyed reading, traveling to the coast for fresh seafood, casinos and slot machines, Black Friday shopping, and playing games; but more than anything she loved spending time with her grandchildren.  She made up endless stories for her grandkids and would have made an amazing children's author.

Nancy is preceded in death by grandparents Joseph "Dube" and Maymie Stockton and Fern and Helen Flood and one grandson Edward Danger Jones.

Nancy was known around the area for her kindness and selflessness.  She was always willing to help someone even if she did not know them.  Her kind spirit will be deeply missed in the Belle/Bland community.

Private family funeral services have been arranged and a public Celebration of Life for Nancy will be held at a later date.

Expressions of sympathy can be made to the family of Nancy Janes.

To order memorial trees or send flowers to the family in memory of Nancy L. Janes, please visit our flower store.