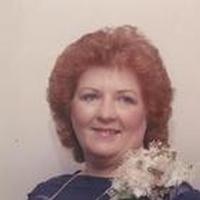 Nancy was a devout Christian and was a member of the Arnold Baptist church in Arnold Missouri. She was a previous president of the Moolah Shriners Black Horse Patrol Lady's Club and a former Worthy Matron of the Golden Link Chapter of the Eastern Star.

Nancy worked as a secretary for her and John's business, Southern Products in Bridgeton, Mo., from 1970 until 2006. Together with her husband John, they built, owned, and operated Oakcreek Whitetail Ranch. A high fence deer and exotic animal hunting resort until 2004. Nancy and John retired to their ranch in Bland, where they raised quarter horses starting in 2004.

Nancy loved her children and grandchildren. She liked to shop, paint, and read. Nancy was a wonderful cook and homemaker.

She was preceded in death by her parents and one brother, Max West.

Funeral Services will be held at 10:30 a.m. on Thursday, January 23, 2014, at Sassmann's Chapel in Belle with Rev. Loraine Bossaller officiating. Interment will follow in the Countryside Memorial Gardens Cemetery near Owensville.

Expressions of sympathy may be made to Shriners Hospital for Children in St. Louis, Mo.

To order memorial trees or send flowers to the family in memory of Nancy J. (West) Dorsey, please visit our flower store.